FREE SHIPPING ON ALL ORDERS AUSTRALIA-WIDE

Ready to renovate your energy?

This morning I watched two guys dismantle my neighbour’s porch. In the space of less than an hour and using nothing more than a hammer and chisel each, they pulled it apart piece by piece, carefully separating every single component of it into items for salvage and things that needed to go to the tip. 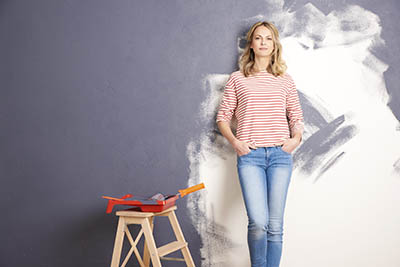 Since it’s right outside my office window, I’ve probably spent more time looking at the outside of my neighbour’s home over the past six years than she has herself.

Between its classic combo of pale yellow and dark green paint and the detailed timberwork that dominated its street frontage, I’ve always assumed it was a heritage house.

Now that the porch is gone, I can see that the house’s façade was just that – a façade.

Behind all the fancy fretwork, the house I thought I knew was actually just another perfectly respectable and very likeable Sydney semi.

Watching this process unfold has been fascinating, because it feels exactly like what happens when we undergo transformation ourselves, letting down our defences and showing our true faces to the world for the first time.

The house is often used as a metaphor for the self in counselling, hypnotherapy and similar healing modalities, and I feel like I’ve just seen that concept brought to life in a very profound way.

It’s been a simple and effective reminder that so many of the defences we hide behind and consider solid and permanent aspects of ourselves are actually flimsy, held together by a few nails and the effects of gravity.

More importantly, it illustrates that once we don’t need them any more, dismantling those defences is usually much faster, easier and more painless than we ever imagined it could be.

Often we put off the process of personal transformation because we get hung up on what other people will think of ‘the new me’. But weirdly, my neighbour’s house actually looks exactly the same. Most passersby will probably wonder whether something is different without being able to put their finger on exactly what it is.

What I think they’ll get a sense of though is that it now feels more approachable, more honest, and more authentic – as though it’s more comfortable in its own skin.

And without the shade of the porch obscuring the windows, I bet it feels lighter, brighter and fresher for the lady who lives in it too.

It’s worth pointing out that these external changes are the latter stages in a journey of transformation this house has been undergoing for some time. There’s been a steady stream of tradies going in and out of it for months, but I’ve got no idea what they’ve been doing, because all that work has happened on the inside.

That’s the nature of personal transformation too, isn’t it? We need to put energy into doing the inner work before any changes become evident to those around us.

Sometimes as we get towards the end of that process, our defences fall away without us needing to actively do anything about them. Other times, we gradually become aware that the energy we’re carrying around with us on the outside no longer matches our internal energetic state. 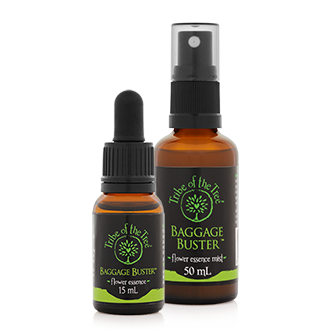 When that’s where you find yourself, our Baggage Buster™ flower essence and flower essence mist can be a great support, helping to release old, unwanted energies that are no longer serving you so you can let in a clean breath of fresh air and approach life with a clearer outlook.

When I take it, I find myself feeling as though a weight has lifted off my shoulders, and filters have been removed from in front of my eyes. The world feels brighter and more welcoming, and I’m clearer about what I do and don’t want in my life. Other people respond to the shift too – sometimes telling me I seem more open and more grounded, but more commonly saying, ‘There’s something different about you, but I can’t quite pick what it is.’

If you’ve been cleaning and renovating your house on the inside, and are ready to reveal its true nature to the world, I highly recommend you give Baggage Buster™ a try, either as a flower essence, a flower essence mist, or a combo of both.

On the other hand, if your internal renovations aren’t quite finished yet and you’d like some help with them, another flower essence might suit you better. Good options for you might include Up, Up & Away™ (to promote self-acceptance and confidence), Go with the Flow™ (to enhance your trust in the universe) and Lighten Up, Buttercup™ (to remind you to look on the bright side of life).