Free shipping Australia-wide on orders over $100!

Try going with the flow

I’ve had one of those days where no matter how hard I try, things just haven’t unfolded the way I wanted them too. I’ve pushed and pushed and pushed – but got nowhere. I’ve tried walking away and doing something different for an hour before coming back fresh. Nup, still can’t get into the zone. 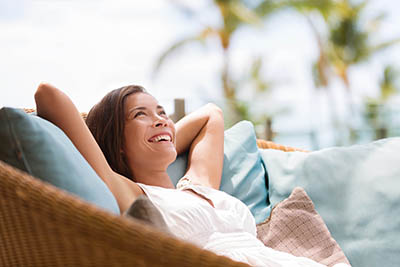 It’s like swimming through wet cement… or pushing you-know-what up hill.

It’s taken me all day and a fair part of the evening to acknowledge that what I’ve been doing is trying to enforce my will on the energetic forces that are at play in my life.

The truth is, none of the stuff I’ve been trying to get done was the right stuff.

And if I’d recognised that earlier and gone with it, I could have enjoyed a relaxed, cruisy day that unfolded exactly as it should, rather than one in which I constantly banged my head against a brick wall.

Whether you’re trying to force an energy shift to happen or are fighting to resist changes you don’t feel ready for, working against the energetic currents that surround you isn’t just frustrating – it’s depleting, exhausting and demoralising.

On the other hand, stepping into the divine energy flow is effortless, liberating, and fun.

So what stops us from letting go and surrendering to it? 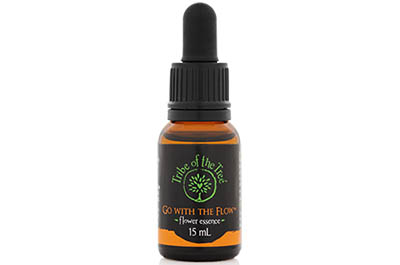 The story of the Mangrove Seed – secret ingredient in our flower essence Go with the Flow™ – has taught me that what’s holding us back when we get into this state is fear. A conviction that we and we alone know what’s best for us, and that the Universe can’t be trusted to get it right.

In the channelled story that accompanies Go with the Flow™, we first meet the Mangrove Seed when his wise mum has the trust to simply drop her baby into the sea, knowing that the water will take him where he needs to go.

At first he’s highly resistant to that idea, putting all his energy into protecting himself from whatever unknown dangers the ocean may bring.

Doing that might feel like the safe path, but eventually he realises that it’s not a comfortable approach at all. He keeps getting tumbled about in the surf, with sand in his ears and water in his lungs – feeling completely powerless and disoriented.

Eventually, our young Mangrove Seed realises that he can learn to work with the waves – and that not only will he stop getting dumped if he learns to surf, but he’ll also have more fun, and travel further and faster with the ocean’s help than he could ever dream of doing alone.

It might take a while to recognise when you’ve been resisting the energy around you, and even longer to get into the swing of working with it, rather than against it. But once you do, my experience has been that life gets SO much easier, and that whatever it is that’s been causing you so much angst turns out to be much easier to deal with than you expected.

That’s what I love about our Go with the Flow™ flower essence. It reminds us that life is meant to unfold gracefully, and gives us the presence of mind to let that happen, trusting in the Universe to sort out the details.